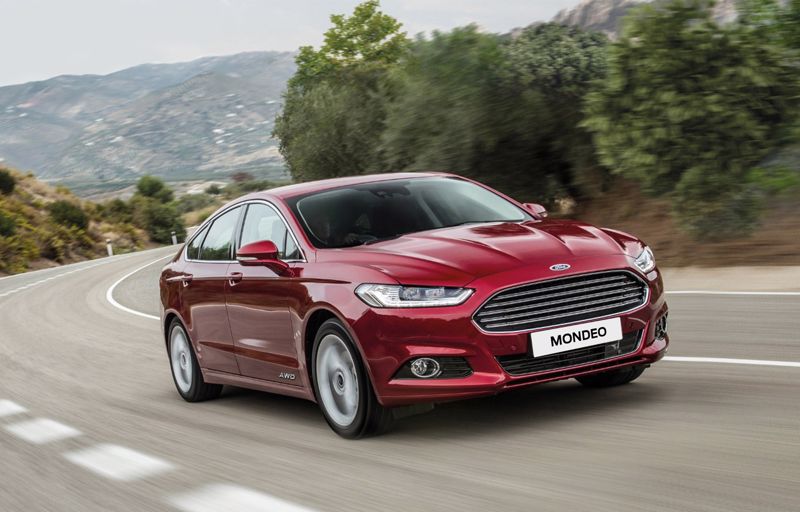 COLOGNE, Germany, Dec. 11, 2015 – Ford’s European sales rose 20 percent in November and improved its market share on rising demand for its newest passenger cars, SUVs and commercial vehicles. It was Ford’s best November in Europe since 2009.

“We are finishing 2015 with a lot of momentum and well positioned for an even better 2016,” said Roelant de Waard, vice president, Marketing, Sales and Service, Ford of Europe. “The new Ford showroom -- from our new family cars, to our performance line-up, to our SUVs and commercial vehicles – is attracting new customers and really changing our brand image.”

More than 12,000 European customers have now ordered the all-new Ford Mustang which went on-sale in Europe this summer for the first time in the icon’s 51-year history.

Sales of the all-new Mondeo were up 350 percent in November, and have increased by 76 percent year-to-date. Customer orders in November for the new C-MAX were up 25 percent. Year-to-date sales of the Fiesta – at 288,900 units – were the highest since 2011, and the Fiesta was the No.1 small car in Europe for the first 10 months of 2015, according to the latest data from Jato Dynamics.

Ford’s SUV range also continued to increase sales. Kuga sales rose 25 percent in November and 19 percent year-to-date. With sales of 93,000 units so far this year, Kuga is enjoying its best sales year since the first-generation vehicle was launched in 2008. Sales of the EcoSport compact SUV doubled in November compared with the same month last year, and have tripled year-to-date.

Commercial vehicle sales
Ford was Europe’s No.1 commercial vehicles brand for sales in November and year-to-date as demand continues to grow for the new and expanded Transit range – including Transit, Transit Custom, Transit Connect and Transit Courier – and the Ranger pickup.

Demand for the Ranger pickup also grew with sales up 10 percent in November and 32 percent year-to-date – the best sales figures since the model’s launch in 1999. Ranger was the No. 1 pickup in Europe in the first 10 months this year, according to the latest data from Jato Dynamics.

Market highlights
Ford closed a strong November and year-to-date performance across many markets in Europe. Ford was the market leader in total vehicle sales in the UK, Ireland and Hungary in November, and sales leader in the UK and Hungary year-to-date. Ford also achieved November market share improvements in 14 its 20 traditional European markets, including the UK, Germany, France and Italy.

Year-to-date, market share was up in 12 of the 20 markets. In Turkey, Ford Otosan – Ford’s joint venture business – has increased its market share by 1.2 ppts so far this year.